GIT BACKEND (BEHIND THE SCENE) 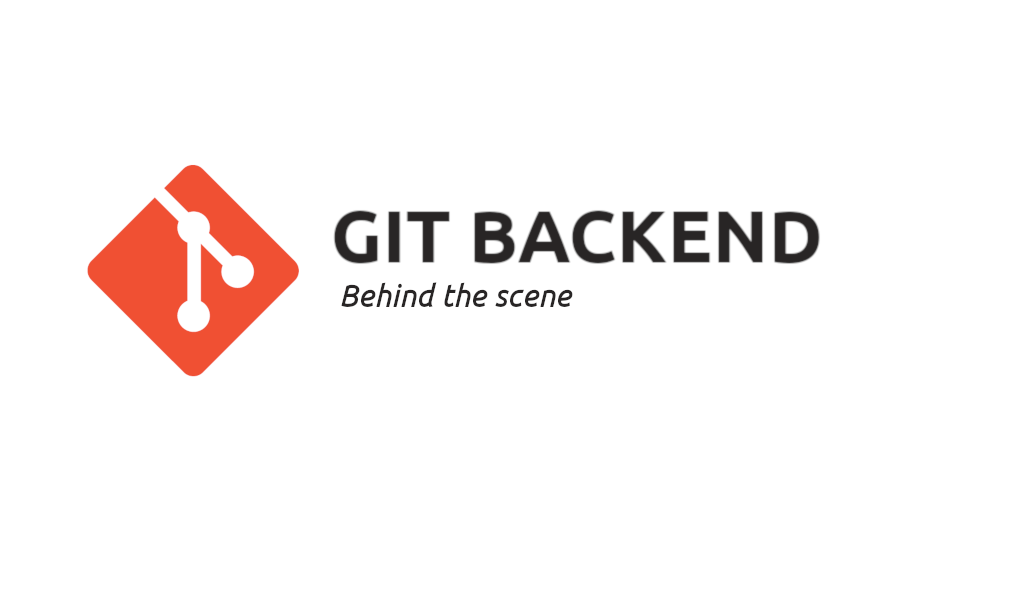 I have been digging into Git internals to really understand the tool beyond the basics and gain an indepth understanding of how git does what it's known for -- Version Control. In this article I intend to share with you my discoveries by exposing git internals in simple language as much as possible for any Git user to comprehend the core concepts behind this amazing tool.

Important: This article is not an introduction to Git material but it's intended to show you how Git is able to keep track of the various versions of your project files. If you're new to Git, follow this Git documentation to get to read the documentation or download progit to get an awesome explanation of Git basic's, then you can comeback to read this article for a deeper dive into Git.

GIT FRONT-END (What you already know)

You surely know by now that Git at it's core is a version control system (VCS) used by people(Now i did not say developers, anyone can use git for instance I used git to keep track of the various versions of this article as i wrote and made changes before publishing) to keep track of the different versions/iteratons of their project files(documents).

Before Git numerous VCS existed e.g CVS, subversion, perforce and they are all categorized under the Central version control system (CVCS) which means that all the versioned files are stored in one database and every other person(client) working with/on that project will have to connect to the central database (All commits goes into this singular database).

Git on the other hand falls under the category of Distributed Version Control System (DVCS), which means that there are no central database where people have to push or save files to. Every Git user computer serves as a database for the files, it means that everyone working on the project has the whole history of the project living in their local machine as at the time they cloned the project. So where does this database sit in your computer? i'm pretty sure if you check your project directory were you use Git you will see only your project's sub-directories and files. I'd be exposing this Git magic inabit 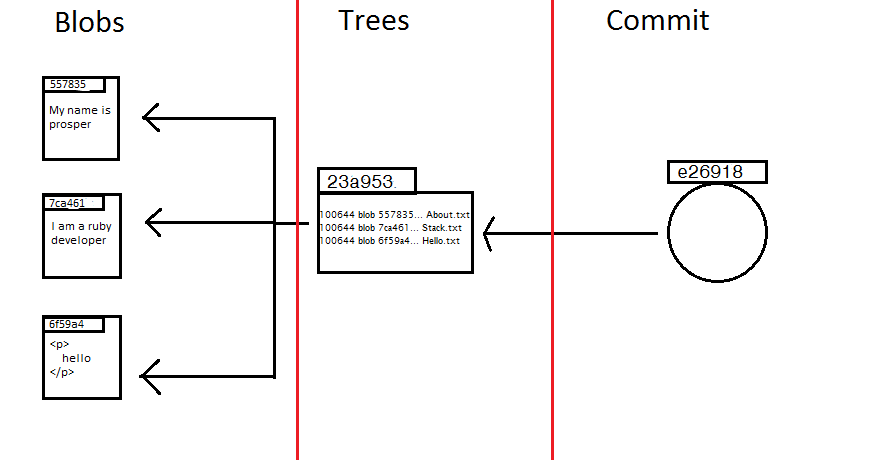 What makes a project directory a git repository is the hidden .git directory living in that project directory. The .git folder houses the Git Object database and this is where the Git magic happens. This folder is intentionally hidden to avoid stories that touches the heart (file mutaion, mistakes) and to maintain Git integrity. If you're a windows geek, you can view this folder by enabling show hidden files feature, follow this tutorial if you have no clue how to do this, if you're a mac user, here is your link.

The .git directory houses some other directories and files and it looks like this:

Git is able to effectively manage different versions of your project because it is designed to track file contents and store's the tracked contents as Objects in an Object database.

Git works as a content addressable filesystem which means that Git stores it's files(objects) using a key:value pair format, where the key is the address where Git stores the content(refered to as objects) which is the value.

Git uses SHA-1(Secure Hash Algorithm) to generate a unique key for every object is stores. The SHA-1 generates 40 character long alpha-numeric character to reference the objects stored in the object database eg f7de3a39b026386f8f826bc230a112ae792ec035 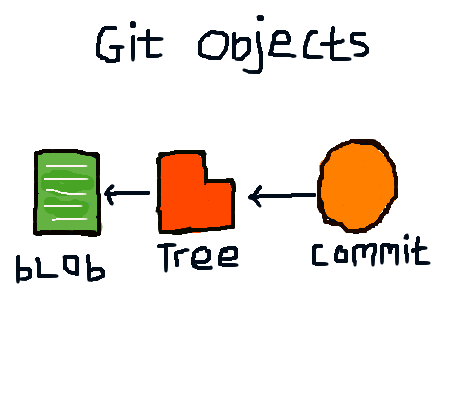 There are three major object types stored by Git in the object database(Object directory), they are:

In this section we will be doing some versioning and seeing for ourself how Git objects are created and stored in the object database, i belive everything will begin to make more sense by the end of this section.

I will be working with git bash for the demostrations.

When you ran the git add example.txt command, Git grabbed the contents within eample.txt and compressed it into the git object database and gave it a unique identifier 70c379b63ffa0795fdbfbc128e5a2818397b7ef8 using SHA-1. To check the type of object this is type the following command git cat-file -t 70c379b63ffa0795fdbfbc128e5a2818397b7ef8, in our case a blob is returned meaning that the newly created object is a blob object.

Let's look closely at what this means. The first line tree f29f2741b30ecc1529da7dbae4aff9974b69e271 is a pointer to the second object that was created when we committed last (this object is always a tree object), the second and third line contains information about who made the commit and the last line contains the commit message.

Recall from my explanation that tree objects are like directories that contain blobs and other trees and also they are snapshots of the current state of your working directory at the time of your last commit. The only file in our working directory at the time we last commited is the example.txt file and thats what our tree object contains but this time its the blob object that was created when we ran the git add command to stage our changes. This is so because Git does not track files but contents.

Our tree object contain information on the file mode (100644 which means this is a normal file), the object type, the SHA-1 key and the file name from which the contents where extracted from.

The more changes you make, stage and commit the more new blobs, tree and commit objects will be created and referenced in the objects database.

In conclusion, this is virtually how Git works under the hood to keep track of the changes we make to our project files.

If you found this article helpful, please reach out on twitter @kodekage

Designed and built by Prosper Opara © 2020